If your next design project calls for smooth surfaces and optimized Taylorist workflows, you may want to reconsider calling Amsterdam and Brussels-based design studio Metahaven for it. That is, unless you are a nation-state looking to understand why your ministry of tourism’s branding campaign has become more recognizable than your national flag, why your citizens have lost interest in democratic processes (because they spend all their time exchanging opinions on the internet), or why simply looking smooth and working efficiently are no longer sufficient criteria for effective design. For this reason, Metahaven (who are Vinca Kruk, Daniel van der Velden and Gon Zifroni) use a research-based, speculative “meta-design” practice to discover models for rethinking the structural parameters and channels through which certain emerging organizational models and political paradigms inadvertently stumble upon a form of communication.

This conversation took place via email just after Metahaven finished mounting their exhibition “Stadtstaat—A Scenario for Merging Cities” at Künstlerhaus Stuttgart (from July 11 to September 12), which will travel later to Casco Office for Art, Design and Theory in Utrecht (September 27 to November 15).

BRIAN KUAN WOOD     The designer is often placed in the position of not only having to reflect the politics of a client, but also of implementing these politics as policy. Does Metahaven imagine a role for the designer outside of this complicity?

METAHAVEN     Designers are always complicit—even in decisions they did not make. We like to be complicit in projects that suggest a sense of unpredictability and instability with regard to the near future, and investigate the dynamics that we are currently immersed in. BKW     Jan Verwoert has written recently that while conceptual art attempted to render itself transparent to the viewer—to convince rather than seduce by presenting art in the form of bare information—this desire for transparency was later received as a sort of coded hermeticism. The designer faces a somewhat similar problem of having to decide how a logic of inclusion and exclusion can work in the service of making complex forms accessible. Transparency is perhaps no longer the objective (if it ever really was). Do you think the point then becomes to invite the viewer, user or subject into a process of translation, for example?

MH     If we see conceptual art as a possible networking standard, a protocol by which information can be efficiently exchanged among subscribers, then conceptual art, but also all other forms of art, are coded—and transparent to those who decode it. It seems to be a myth that there would be art or any form of experience which is not coded in some way. Currently there is a tension, especially in design, between exposing the great complexity of the world and excavating its repressed narratives, and creating simple images that summarize it. The mantra of web design, “Don’t make me think,” states that we are now beyond complex form. Things like “intuition” and “haptics” come to replace the older idea of transparency. By these guidelines, all interfaces and websites become variations of a single prototype. The standardization of web architecture into protocol is just one consequence of the internet becoming less of a parallel to the physical world and more a part of it.

BKW     Similarly, the quest for truthful or transparent forms becomes more interesting when this question becomes a political one: how do you make power accessible through some kind of front-end application, so to speak?

MH     There is the need to verify things especially when they have to do with the public sector, with the economy, with the climate, with politics. Certain organizations feel an obsessive need to claim that they are not about power, that there is a transparent and open process, that everyone has a voice. The next decades will probably witness major developments in the way democracy is organized, and it is possible that democracy, while being, or at least appearing to be, more accessible and participatory, will become less formally democratic. “Social power” and “communication power” are likely to prevail, if only because of the magnitude of the decisions that will need to be made on a scale beyond that of the nation state. 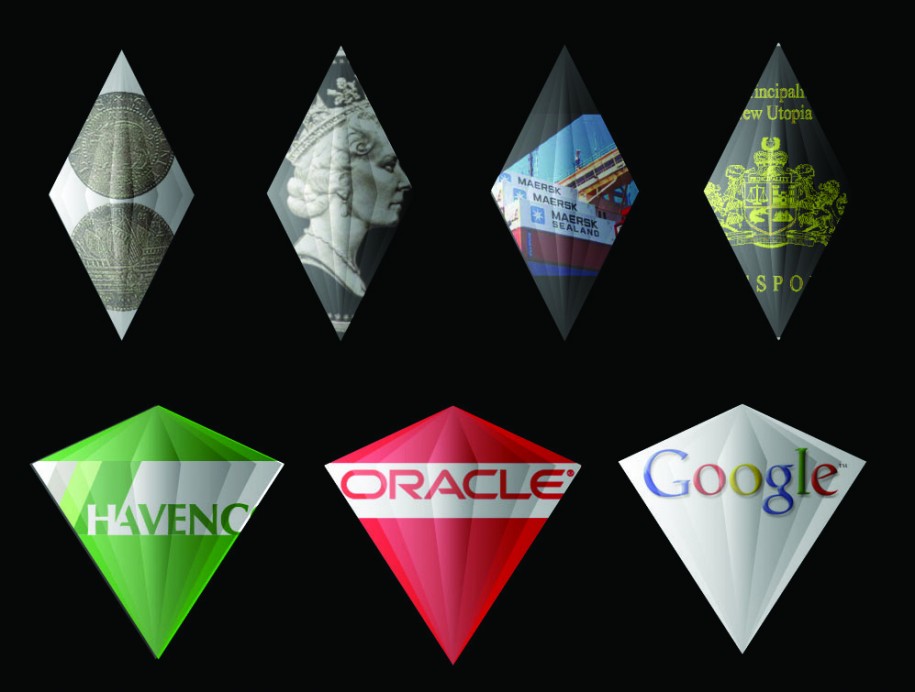 BKW     The logic of networks claims to replace traditional hierarchical power relationships with more horizontal and dispersed models of loose informal relationships based upon mutual needs, informal exchange, and reciprocity. You have written before that, rather than resolving the problems of old-fashioned centralized forms of brute power, the flexibility of the network transposes operations of power and capital alike onto more indirect forms of invisible coercion. There are deep parallels here with the way democracy is understood as a similar notion of dispersed horizontality. Who, then, are the new rulers and how do they rule? Should the emancipatory promises of democracy be abandoned in favor of something more realistic or immanent?

MH     One problem with the network concept is that it is abstract. Once a network materializes, it is no longer just a network but also a political campaign, a civil society focus group, a party, a guerrilla faction, a terrorist organization or a design agency. Networks are generally assumed to have a much flatter hierarchy than other forms of organization. A leader in a network may be a catalyst, an abstract figure, the embodiment of an idea, much more than an actual commander who gives orders. The networked organization can only exist through a combination of relative autonomy combined with intense communication.
Networks (and think tanks, for that matter) tend to formulate abstract goals and objectives; maybe that is an ultimate response to the assembly line model of fixed and predictable outcomes. An NGO wants to “save the planet.” A global internet search engine wants to “organize the world’s information.” A politician unites millions of voters around the idea of “change.” Real actions connected to these objectives may initially seem to have little to do with them. In managerial terms, the last instance of action in a network is always about “hands-on,” “nuts and bolts,” “can do,” “getting things done”—expressions so obviously physical that preceding actions may have been fully abstract (which they probably were).
In a recent work, Stadtstaat, we outline a city of the near future in which the role of the architect who produces physical buildings is outshined by the network architect, the systems manager. Architecture is now only metaphor: information architecture, choice architecture, social architecture and financial architecture.
Seen this way, the new coercion is not necessarily invisible. It just appears smooth. Power means wielding the capacity to prevail, and there are different ways of achieving that. The current U.S. administration refers to the battle of winning people’s hearts and minds as “the grand conversation.” BKW     In Stadtstaat, what becomes of concrete, tangible buildings? What happens to material when the organizing principles of the network change more quickly than architecture can adapt?

MH     In Stadtstaat, built forms cannot keep up with the networks, so real architecture has to submit to network architecture. It is likely that there will be a certain downgrading of the built environment—eventually resulting in slums—because there is no longer the kind of financial surplus to be redistributed by the welfare state to serve the public good. The plans for “Grand Paris” recently presented by various teams of architects anticipated elevated monorails, suburban TGVs—everything that the Fordist era already produced. But the main developments in the city of the future will probably unfold according to a more post-Fordist logic. In Stadtstaat, the new infrastructural backbone is a social networking platform through which citizens keep each other in check while exploring all kinds of social opportunities. Basically it is a socially-shared antiterrorism tool. It is called “Trust.”

BKW     You have branded a “stealth country” defined by its own disappearance and the European search engine Quaero’s “lost image.” Many of your ideas seem to gravitate toward formlessness rather than forms, or toward a kind of radical inversion of governing logic (or the logic of governance) such as that of state branding. Likewise, many of your graphic identity projects seem to suggest more of an ongoing symbolic drift than concrete, unified implementation. It seems that in place of clients, Metahaven works in the service of a kind of ambiguous and somewhat paradoxical new terrain. Could you describe what this terrain looks like?

MH     Case studies like Sealand or Quaero were chosen for their sense of promise. They functioned as nodal points of reality and fiction, with references that would add up to the myth factor. Sealand links to the Romantic idea of the island, as in Böcklin’s Island of the Dead. It is literally a dead end. Quaero, when it first became public as a would-be search engine, had no logo, and it still doesn’t. Instead, web users began to typeset “Quaero” in Google lettershapes and colors. We have often been designing away from what conventionally is seen as a corporate identity. And we have done this to weaken the basis for fake coherence, to see if we could work on a more speculative idea of what identity design might be. It also seems important to mention the idea of research. Our intention is not to play veejay with random forms and symbols, but rather to leave behind traces of investigation in the visual work. BKW     What would it mean to properly brand something like what you have called “a Europe without history or form”?

MH     We are looking at ways in which the European brand image exists in practice, and the ways in which it differs from a type of image that is centrally controlled. For example, the “Euro-” prefix always means “discount.” If you look at how the most different types of businesses, from logistics firms to hairdressers, deploy the “Euro-” prefix and often also the yellow stars, there is something about that less centralized model of brand which seems more advanced than the older idea of a systematically controlled logo and identity. The fact that this shared identity is at the same time crappy, makeshift and often overlooked doesn’t make it less interesting.
Another kind of uncertainty is shown on the map; no one knows exactly which territory should and should not be called Europe. Saying that Europe equals the EU is too limiting. At the same time, historical achievements attributed to Europe—the “Judeo-Christian tradition,” the “Enlightenment”—must be continuously renegotiated with new events, new people, new information. There is no way to make European identity stable and fixed. The really new thing about the lack of central control might be a sense of coordination that nevertheless exists between all these different forms of European brand image. That clearly goes beyond the model of the Superstate which wants Europe to be like the nation-state, but larger. There has always been something vaguely stupid about top-down corporate identity and logos, and Europe shows that one can go beyond it and still be coherent.