THE ASIA CONVERSATIONS:
“A story of Shibuya”
W. David Marx with Francesco Tenaglia 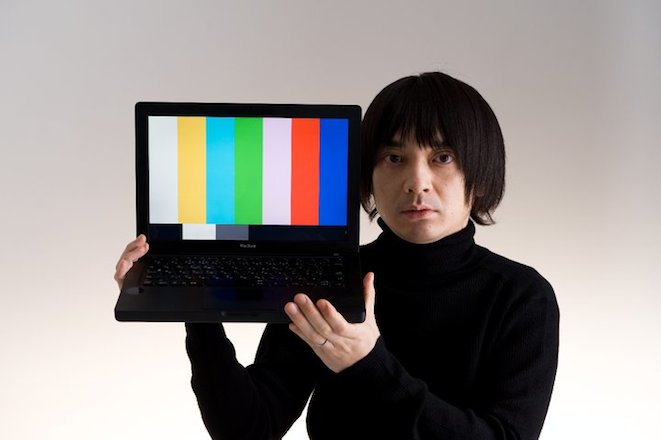 Francesco Tenaglia: In the 1990s, European and American indie music audiences were becoming curious about a music scene called Shibuya-kei in Tokyo. Mostly, this Tokyo-based “genre” was an eclectic blend of niche references and relatively esoteric cultural and aesthetic innuendos. It was established as a proper, long-term cultural export from Japan to the West, probably without precedents in the history of popular recorded music up to that point. What were, according to your analysis, the reasons for its success in its homeland and—especially—abroad?

David Marx: Starting in the 1950s, Japan was home to a small but influential stream of highly-educated, affluent young people who pursued the most cutting-edge American and European culture. This was very hard at first. With a weak currency, import controls and restrictions on travel, Japan was very isolated. In the 1980s, however, Japan became incredibly rich. Stores popped up overnight that imported almost every single clothing brand and record from the U.S. and Europe. By the end of the decade, normal teens could easily buy almost anything that existed overseas. At the same time, however, Japan started to experience what became known as a “bubble economy.” This was a time of tight dresses on women, luxury handbags, and dancing to cheesy Eurobeat disco. While the bubble economy was raging, however, the same subculture who had always been one step ahead of the Japanese masses felt pressure to adopt even more obscure Western references to create distinction between them and the gaudy bubble culture. Fortunately for them, the economy’s expansion helped support tons of specialist music stores, like Wave in Roppongi and Janis in Ochanomizu, who imported independent music from overseas. The customers of these shops went on to create Shibuya-kei. The two men most directly responsible for the birth of Shibuya-kei were Kenji Ozawa (the nephew of esteemed conductor Seiji Ozawa) and Keigo Oyamada (the son of a famous Hawaiian-style guitarist). They were both really into the British indie music scene—Aztec Camera, Orange Juice, the Colourfield, Boy Hairdressers, Haircut 100, etc.—and formed a band as teens called Lollipop Sonic, which later changed its name to Flipper’s Guitar. Almost all of their songs referenced their favorite bands, with either a nod in a title, or a wholesale lift of their heroes’ melody. Their first album, Three Cheers for Our Side, did not sell very well, but thanks to the use of their track “Young, Alive, in Love” as the opening theme to a TV show, they became minor celebrities—especially among trendy young women. Subcultural magazines like Olive and Takarajima gave them monthly columns to express their music snobbery. Readers ran out to buy the records they suggested. In the early 1990s, the foreign music chain HMV in Shibuya gave buyers a special corner where they could discover the growing number of Japanese bands on indie labels who tried to sound like Western bands rather than like normal Japanese pop. This included the Sixties-inspired Pizzicato Five, soulful Love Tambourines, and laid-back hip hop group Scha Dara Parr. The bands eventually became known as “Shibuya-kei” (Shibuya style)—in that more than half of their sales came from the record stores within Shibuya. They did not sound the same but all built their signature styles from generally obscure Western music styles rather than the staid traditions of Japanese pop. Despite the odd musical references and disconnection from the Japanese entertainment world, the Shibuya-kei musicians quickly built up sizable audiences. People at fashion magazines and department stores absorbed Shibuya-kei musicians into their commercial activities, and this provided them with large number of sympathetic and like-minded consumers. In the mid-1990s, similarly eclectic foreign indie labels like Matador started to discover bands like Pizzicato Five and Cornelius and import them to the West. Japanese fans liked Shibuya-kei for its “foreignness,” but Western fans liked seeing the obsessive and reverent Japanese take on old forgotten American and European musical styles such as bossa nova, French ye-ye, Italian film soundtracks, Krautrock and classical music on synthesizers. 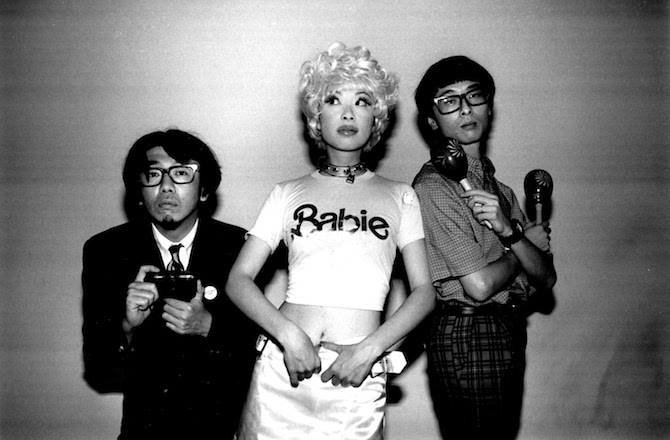 FT: J-Pop is often an object of an enormous curiosity in the West, but not necessarily among music lovers—maybe more among “Japanophiles,” fond of other forms of entertainment. What is the role of Japanese mainstream music in shaping the national brand? What has been its influence in the West and in other Asian countries?

DM: At least in the United States, there was a well-established narrative throughout the 1980s and into the early 1990s that Japan’s economy was strong but its culture was laughably uncool. Japan became increasingly respected for its video games (although seen as childish), and a small cult of fans loved Japanese anime, but the general consensus among tastemakers was that Japanese pop culture was always behind the U.S. Very erudite audiences became devotees of Japanese avant-garde fashion like Yohji Yamamoto and Comme des Garçons while music snobs listened to noise acts like Keiji Haino or Merzbow, but these were respected for their radical extremism rather than their subtle understanding of and play with Western pop cultural history.

FT: Was there in Japan—like there’s been in Europe and in North America—an exchange dynamic where the mainstream embraced these forms as new, potential niche markets? And, if so, how did this music that emphasized the esoteric, the rarified and the refined reach and impact larger audiences?

DM: This is the key question of Shibuya-kei: why did this clearly independent minded, erudite cultural movement achieve near-mainstream success? After Shibuya-kei disappears in the early 2000s, the Japanese music market rid itself of all difficult references and returned to being accessible to “all”—predictable idol groups, inoffensive rock groups and derivative rappers. Grunge/alternative music performed a similar feat in the United States during the same time period, bringing underground culture into the mainstream. The difference here, however, was that grunge played on a masculine, primal sound that could easily translate to both Classic Rock listeners and teenagers outside of the big cities. Shibuya-kei may be the most snobbish music globally to ever achieve the level of sales it did. There are a few key reasons for its success. First, Shibuya-kei happened to come along as consumer spending was increasing and the total Japanese music market was exploding. More people buying music meant that even the fringes saw more sales. Second, the growth of the market gave elite tastemakers more power to champion independent artists. Finally, the high-selling artists, like Pizzicato Five, Flipper’s Guitar and Love Tambourines, all sung in Japanese and offered pretty standard Japanese melodies. They just made the arrangements much closer to Western music than the previous batch of cheesy, synthesized J-pop. Once retailers, TV stations and magazines legitimized these artists as possible choices, consumers gave them a listen and liked what they heard. Then once the Shibuya-kei artists became tastemakers of their own, young music fans would buy whatever they personally recommended. This lead them down a pretty steep path into obscure music. From the 1980s to about 2000, Japan had a relatively unique legacy of very difficult artistic works becoming mass market hits, even though consumers clearly did not “understand” the work. The most famous instance of this is postmodern philosopher Akira Asada’s 1983 book Structure and Power, which sold 150,000 copies despite the fact that no one could make heads or tails of the dense theoretical musings. Shibuya-kei was a lot more palatable to a normal person than Structure and Power, but a lot of trendy kids in Japan used to buy things prescribed by magazines without much filter on whether or not they would personally will enjoy it. Shibuya-kei represented a larger movement in the late 1990s when the world’s tastemakers awoke to the Japanese creating great works in the same styles/movements/genres they themselves were exploring. Pizzicato Five, Cornelius and Buffalo Daughter employed references, pastiche and sampling almost identically to the way that Beastie Boys, Stereolab and Beck did, but by many measures, did it with much more finesse and operated from a much deeper body of knowledge. Cornelius’s 1997 album Fantasma is probably the global masterpiece of the 1990s sample-pop genre, and people in the United States properly understood the album as taking a contemporary global sound to its logical apex. Meanwhile in fashion, tastemakers noticed that Japanese brands like A Bathing Ape, Undercover, and Goodenough were doing higher-quality, more limited-edition and more interesting versions of New York and London streetwear. The same thing happened with interior design. More people traveled to Japan and found a country that collected artifacts from Western pop culture more reverently than anywhere in the West. This is where “Japan Cool” began—long before the government re-appropriated the term and made it into a meaningless embrace of otaku culture. Shibuya-kei was not the only thing that changed Western opinions about Japan, but in an era where music still formed the nexus of pop culture, it helped put Japan on the map of the top global tastemakers. Interestingly, Shibuya-kei basically had no major influence on other Asian countries but this was because those countries generally lacked populations who had much interest in its references. Mainstream J-Pop meanwhile successfully created huge regional audiences in the late 1990s but then lost them over the next decade to K-Pop.

FT: What is happening in Japanese cultural production right now? Which emerging trends might constitute the next foreign export?

DM: The decline of the Japanese economy and the loss of a technological edge among Japanese companies has decreased the overall foreign interest in Japan as a country, but I have been pleasantly surprised to see people still interested in Japanese material culture. Tyler Brûlé and his like have continued to champion the 1990s stream of sophisticated Japanese fashion, music and design, while the recently emerged menswear blogging scene in the U.S. bows down to Hiroki Nakamura of Visvim and Daiki Suzuki of Engineered Garments as heroes. The Internet has made it possible to discover and enjoy Japanese culture in nearly real-time. Someone like Shugo Tokumaru can simultaneously become a star in both New York and Tokyo. He got a review in Pitchfork Media before anyone knew who he was in Japan, but now he provides music for Sony and Google commercials in his home country. Most foreign interest in Japan remains centered around “otaku” culture—video games, anime, manga, idols and other things meant for self-professed helpless nerds. This culture, however, is mostly meant to be in “bad” taste. The otaku themselves would admit that. While this culture probably makes up the bulk of exports, it often regrettably keeps Japanese culture looking like its worst stereotypes of feckless, lonely, crazy, concupiscent men. For a long time, I was disappointed to see Japan’s brightest talents unable to achieve the commercial success of the Shibuya-kei generation, but now the most exciting thing about Tokyo is that the underground is again truly underground. There are thousands of kids in their rooms working on original and exciting art projects, but thanks to the Internet, they can share them with people around the world.