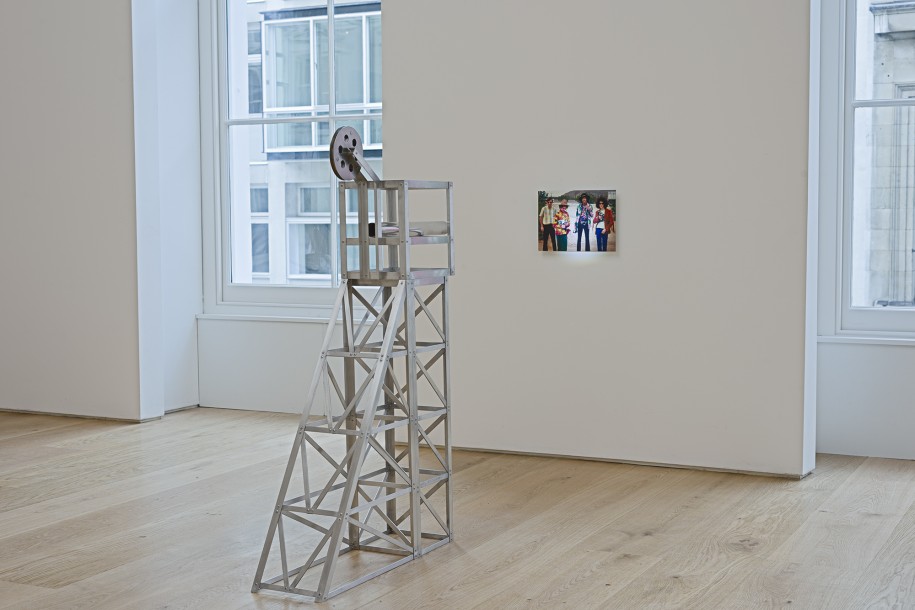 “Shine bright like a diamond,” sings the American pop star Rihanna in a recent syrupy ballad. The lyric could have been airlifted into numerous pop songs over the last fifty years, which attests to the popular attachment towards the diamond as metaphor. The strongest material known to man, its name is derived from the latin for ‘indestructible.’ In the refracted surface of the diamond we project our own desires of immortality, everlasting love and obscene wealth. Music, memory and the diamond trade are some of the themes that emerge in “Free Stone,” a solo exhibition at Malborough Contemporary by the Portuguese artist Ângela Ferriera. It brings together the Cullinan Diamond Mines of South Africa, Chislehurst Caves in Kent and Jimi Hendrix. It is a knotty and cerebral exhibition,  requiring time to unpack the thicket of associations generated through Ferriera’s research.

The show’s title is lifted from the first song Jimi Hendrix ever wrote, and his music plays sporadically from a hidden speaker in the gallery. The singer looms large over the exhibition; his own genealogy connects the disparate geographies of Africa and America (through his ancestry), the gallery (near where he lived while in London) and the Chislehurst caves (where he performed).The Cullinan Mines are the biggest diamond mines in the world, and is the site of some of the largest diamond excavations ever. The most famous, the ‘Star of Africa,’ was found in 1905 and was ‘gifted’ to the Royal Family. It is now part of the Crown Jewels. The Chislehurst Caves are in fact disused flint and chalk mines that have alternately been used as an air raid shelter and music venue, but which have more recently become a tourist destination. 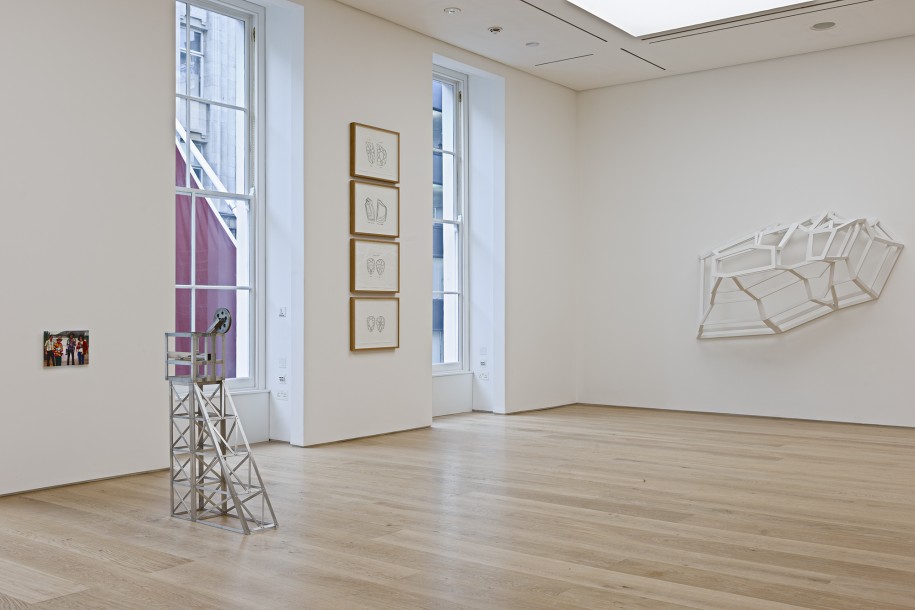 There is a disjuncture between the extensive research undertaken by the artist and the almost reticent formal resolution of the exhibition. Ferriera has interrogated utopian architecture through post-colonial narratives throughout a twenty-year career, and one had the sense that a background in the artist’s previous work helped to unpick some of the thematics of “Free Stone”. The exhibition includes large photographs of the two sites, a series of drawings that overlay the two topologies and strata, wall mounted sculptures, and a series of drawings and models that feature a proposal to turn a mine into a cinema.

The dialectical positioning of the two mines frames Ferriera’s question, posed in the press release, “how to represent a hole in material terms?”. The lattice-like sculptures offer the most literal formal response in their attempt to materialise the volume of the excavated earth. Are we being asked to see the mines as material, symbol or metaphor? Perhaps the allusions to Robert Smithson - who proposed to turn a cave into an underground cinema in 1971 - offers more clues. Smithson’s writing often anthropomorphises the earth and reveals an interest in ecological memory that invests the American landscape with a psychology.  For him, thoughts had the “wilderness of elsewheres” and memories were like “sunken remains”. The mine, of course, is a man-made hole in the earth that is created by the desire for the materials it contains. If we want to see a mine as an “inverted monument” it is one that marks our shifting economies of value. The productivity of the Cullinan Diamond Mine is comparable to the Chislehurst cave’s inactivity except as a site of experience. Chislehurst’s use as a music venue in the Sixties can be seen to mark this same shift of industrial production to post-Fordist operation. We can approach the complex economy of the Cullinan Diamond Mine as a symptom of South Africa’s reliance on mineral excavation and manufacturing.

Land Art could be seen as the last great art movement of industrialism. Smithson’s practiceconnects this shift from manufacturing to a service economy through his acute understanding of how his own work existed as site, documentation and circulation. Smithson’s work bridges the gap between the topologies of the mine and the symbolic space of circulation and consumption of experience. Diamonds, like art and music, are produced within this framework that separates the geographies of production from that of consumption. Stepping back a little from the economic theme, we might read the ‘hole’ that Ferriera attempts to materialise as a form of cultural or national memory. Hendrix’s genealogy (he was of ancestry that included African-American, Irish and Cherokee) seems particularly significant. The earth, as we see from Smithson’s language, is “displaced” and Hendrix can be seen as a cypher for this complex matrix of shifting influences and economies.

Hendrix stands as one of the prime examples of an early death ratifying the cultural ideals he embodied. His music represents a moment of liberty that has subsequently become enshrined. The Hendrix metaphor may not stand for obscene wealth but it can certainly represent eternal youth and a sense of cultural immortality that we find seductive. The grand irony of course is that this ideal has made other people obscenely wealthy.

Unlike diamonds, culture is potentially limitless – the energy that Hendrix represented can be endlessly mined. An early death creates a hole that can be filled with our own fictional narratives. Poor Jimi is petrified within our collective memory, endlessly playing “Hey Joe” on a loop. Like displaced sediment, our memories are like Smithson’s “sunken remains”, at once in sight and out of reach.