HASSAN KHAN   I’ve never had a set idea of what I am supposed to do exactly, but rather have always been in tension with my different drives. The lens can be very wide or very close; the focus can be very concrete. Sometimes the references are not set or I work with decoys, in which I produce something that looks like something but is actually something else. However, at this point I feel versatility with forms, styles, genres and approaches, as well as an instinctual sense of how these different “practices” relate to things I want to engage with—and this is exciting. This excitement comes from the feeling that one is discovering what the possibilities are for an artwork that doesn’t have to rely upon the idea of being an artwork.
Blind Ambition (2012), for example, is not made like a film. It has no decoupage or preplanned cuts, per se. It is shot on a cell phone: I create the situation, put the actors in it, and shoot. I edit later. But, as I edit, there is something hidden. One sequence tells the story of a match, minute by minute. It appears to be continuous. Six kids are playing football in a garden. One kid pushes another; they run around a destroyed car; they start jumping on it. Because the continuity that appears wasn’t set up in the shooting—I actually shot reality and then transformed it into an illusion of continuity—doing this brings out an overwhelming sense of detail.
On one level this scene looks banal, or like a documentary. But I see it as a form of myth because of the way time is handled—as a form of suspended time. This structural contraction, wherein I transform reality into an illusion—not a spectacle, nor an illusion of magic—covers the event in a way that makes it as banal as daily life, yet also full of meaning. And here is the decoy. The film reflects a documentary sensibility but there’s another language happening. And this subtle language has to be hidden for it to work. If you make it obvious, it doesn’t work. That’s why it has to follow this system of the decoy. And if it works, I hope you discover something you are not told. WAEL SHAWKY   If I consider that my work went through its different stages, from The Cave (2005) to the “Telematch” series, I’d say that although the production scale has become much larger, the second part of the “Cabaret Crusades” series— Cabaret Crusades: The Path to Cairo (2012)—brings me closer to the language I’ve wanted to reach. Even though the work speaks through a historical narrative, it feels very personal and precise, mainly because it’s a musical. I turned the script into lyrics, transforming the soundtrack into an element of the script. There are no ambient effects in the film; rather, the setting of each scene is treated as an script element. My interest in the crusades is partly based on this idea of entertainment. I find it a bit like a theatrical show. For me, the speeches that launched the first crusade, beginning with that of Pope Urban II, along with the church settings, are quite close to theater pieces. I also think that there is a connection between the “Crusades” series and the “Telematch” series: it’s this idea of creating a fake competition between two groups, to entertain a third party. For me, the writing of history is related to entertainment. I personally don’t believe in history, but I believe in our translation of it. For example, my “Crusades” series is an adaptation of Amin Maalouf ’s The Crusades Through Arab Eyes (1984), which Maalouf based on his readings of historical sources. He then selected aspects of this history to reflect a particular perspective. It is clear in his text that he doesn’t take the accounts at face value; he is not faithful to a given truth. But I deal with his text as if it is the truth. And I think that my treatment of Maalouf’s text as fact is itself a criticism of history. It’s an analysis of how we write history. Yet it is not only a critique of historiography; it’s more about my faith in the language of art. Historical analysis gives me space to transform those extremely important historical elements into tools, and not final results. Everything transforms into mediums. The value of the artwork is based on a language, and not the importance of the event or its authenticity. 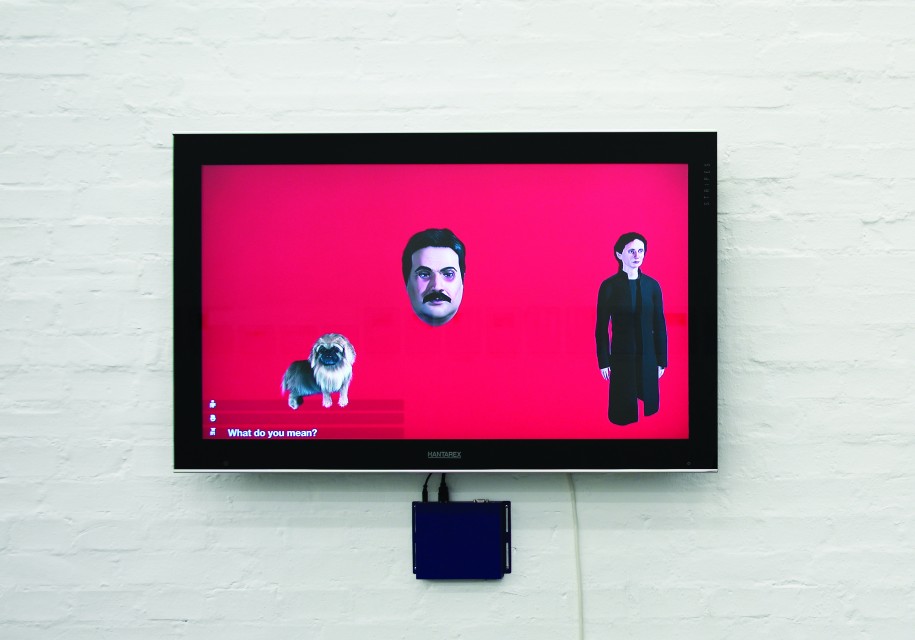 HK     But your choice of events is not random. You choose crucial historical events.

WS     But the language used in dealing with those events is much more important. Some of the scenes in The Path to Cairo, for instance, focus on events that are mentioned only briefly in historical references. They are considered of zero importance.

HK     But why do you think they don’t have historical weight? I see your point about language—I still think it is the foundation, to a large degree—but it seems insufficient. There is something that we maybe cannot define, which does not cancel language and maybe this means that you can use hidden languages. You can make something that doesn’t look like what it actually is.

WS     This reminds me of something you said earlier, about the excitement that comes from discovering what the possibilities are of an artwork that does not have to rely upon the idea of it being an artwork.

HK     There is an excitement that comes through our current projects as they offer the possibility that art can open up—and which objects cannot hold, because they are too dense and exhausted by the heritage of art itself. It is also a curse. The idea is not a fake art and life at all, but to discover an artwork as if for the first time. This is easier with objects than with films and images. With a film you don’t have the same demand. It can fulfill its role without having to be this artwork that is not an artwork that is an artwork. WS     I think it’s different with the moving image, even if it is saturated with television and cinema history. I think the dimension of time relieves you and opens up endless possibilities.

HK     I think one can make a great cinematic film, and it can be very standard; you don’t have to discover anything. The same thing does not happen with objects. The moment you feel the object is saying “I am an artwork,” it dies for me. But when a film says, “I am a film,” it does not die.

SI     Wael, you say you don’t believe in history but you have also previously mentioned that you think of the artist as a translator.

WS     For me the notion of translation is about making an idea that exists in a certain form. I do think, however, that there is a large degree of creation. I was trying to cancel this part in my understanding of the creative process, so as to concentrate on the language. I had to believe that all my work was pure translation to focus more closely on the mechanisms of language. But now it has become freer, and I think of a large part of it as creation. With not believing in history, it’s simple: I don’t believe in the truth value of any given historical narrative. But I translate what I think I believe. So in the “Crusades” series, I’m working from a text based on a historical event that I, in turn, translate into another visual readable form. 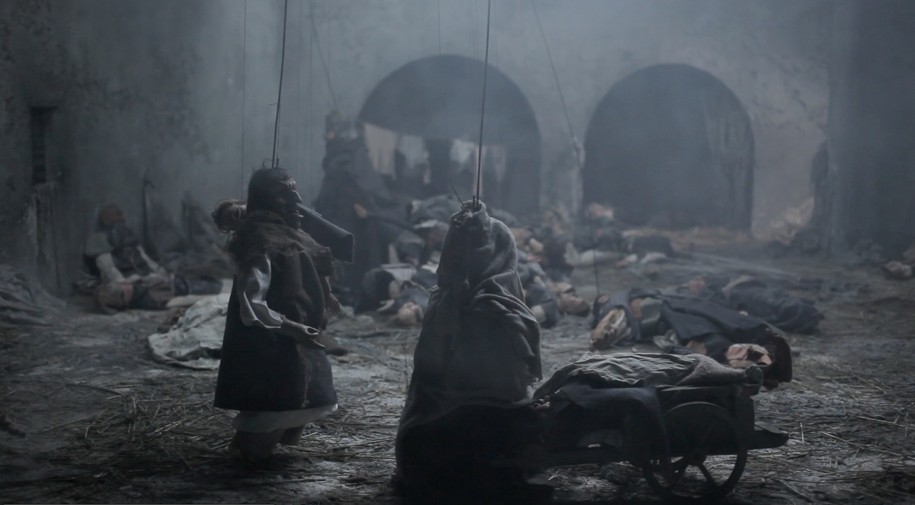 HK     What I find interesting in what you say is that the same words, believing and not believing in a thing, are important to you, in a different way and context. It’s related to how you trick yourself, and this might have to do with creation and translation. I want to produce forms and content without falling into the trap of being limited by what I personally believe. I want to discover what I produce. But it’s not an academic exercise. I don’t want to discover just anything, but something that makes sense to me. And here translation becomes important—translation of whatever demands my engagement, to produce a new form or a new language.
For example, in my 2006 exhibition “KOMPRESSOR: an exhibition based on translating sets of dreams into different forms by the dreamer,” at London’s Gasworks, dreams were important because in a dream I meet myself, but I cannot control what I see. Dreams are the most visible projection of the interior experience of the self, but also, because they’re unknown, they’re the most external. So what I did there was translate—as opposed to represent—those dreams, according to different processes for each piece. For Diagrams 1–6, I turned every dream into a formula that was used to produce a diagram. In the Alphabet Book, meanwhile, I wrote down dreams and then made a story, out of which I discovered an image. While I’m engaged in this process, I believe in it. Yet I have no faith in it. I don’t believe in it as dogma. I can break it according to desire or error, but I believe in what it does to this process of translation.

WS     This brings up how I relate translation to drawing in my work. I think I try to imitate the system of nature. I’m referring to the idea of intent in nature, this belief in it. Nature to us is above criticism. We don’t think, for example, that this mountain should’ve been lower or higher. You take the form as it is. I try, in drawing, to make it seem like it has the same certainty. Even though it’s spontaneous and based on nonsense, I try to make sure it appears to have this intention. It’s similar to how I translate a history I don’t believe in as if it’s a given fact. I deal with it on the same level of belief one has toward nature. In a related way, I try to make my drawings dense with this idea of certainty. In the end, they are spontaneous, mixed with a degree of surrealism. I try to create a condition of accepting things. At the same time, and this sometimes happens unintentionally, the resulting work becomes about analysis and a reconsideration of the legitimacy of the thing itself. 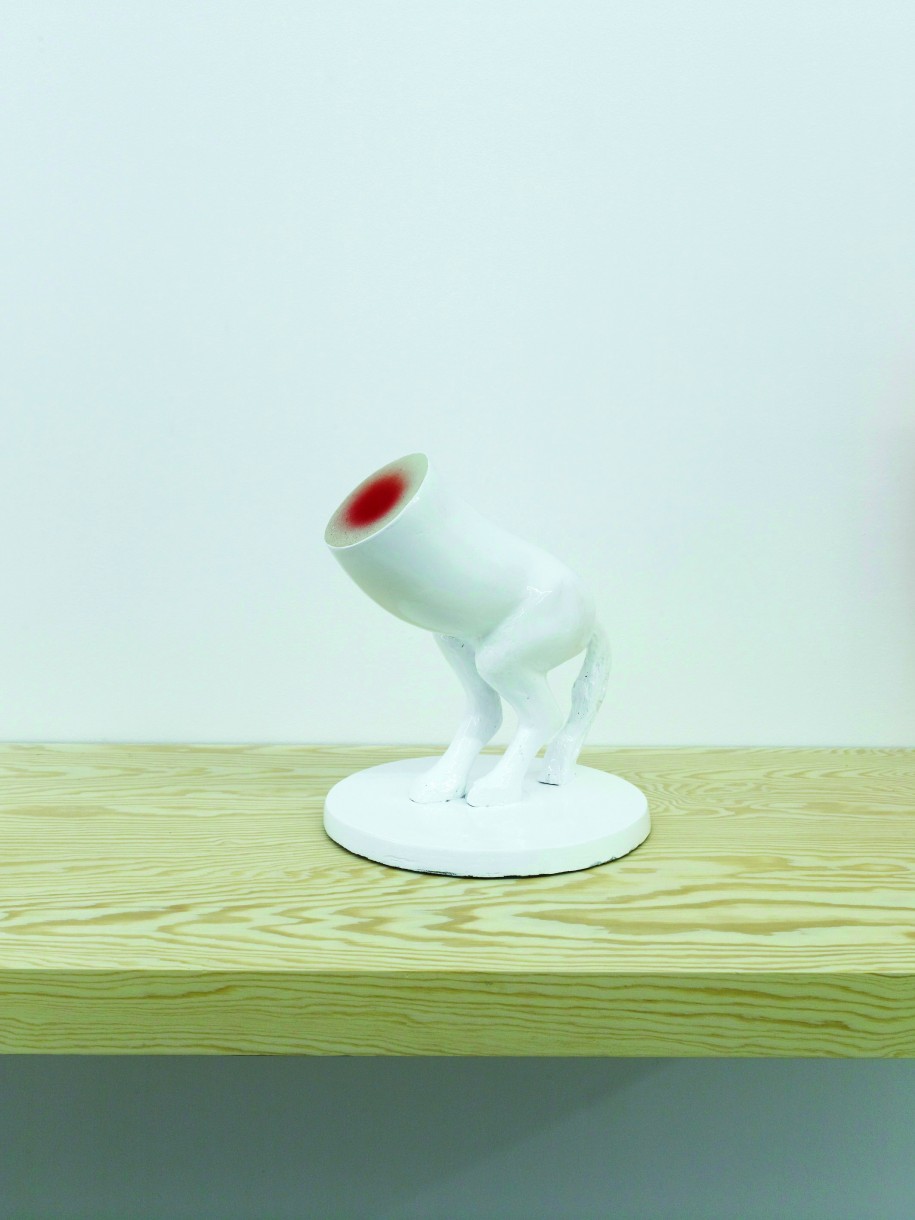