ELAD LASSRY AND
ADRIEN MISSIKA
a cross-interview by
Alessio Ascari ALESSIO ASCARI     Why photography as your main medium?

ADRIEN MISSIKA     Photography was my entryway to art. I started photographing for reasons related to recording memory. At the same time, I learned to think about images as a language with a vocabulary, grammar, syntax, symbols. When I spoke the language fluently, I started trying to speak my own image dialect, keeping some traditional rules and breaking others. I am still there and feel like there is still much to do.

ELAD LASSRY     I make films as well as collages, even though I do often tend to make photographs. I am fascinated by the qualities of photography and its complicated history, but I don᾽t have a strong interest in making photographs. Photography serves as some kind of answer to a set of questions.

AA     What is the process behind your photographs?

AM     The process is different for almost every one of my projects. I build up rules for a work and apply them programmatically. On principle, I do not reveal the secrets of all steps in my process. I think my work should be autonomous at a certain level. It should speak for itself. I like the fact that it has several levels of reading and multiple points of entry. As a spectator, when I visit a show by an artist I really don᾽t know, I like the freshness of discovering this work with no established universe. Then I like to read what is proposed and confront my initial feelings and ideas. In the same way, I only reveal my process as a second layer, in a different temporality than that original observation.

EL     The process behind the photographs is one of constant research and observation. Most of the time, I find that I᾽m intrigued by an image. I will have it hanging in the studio for months while I try to figure out what within it is so problematic or so great. 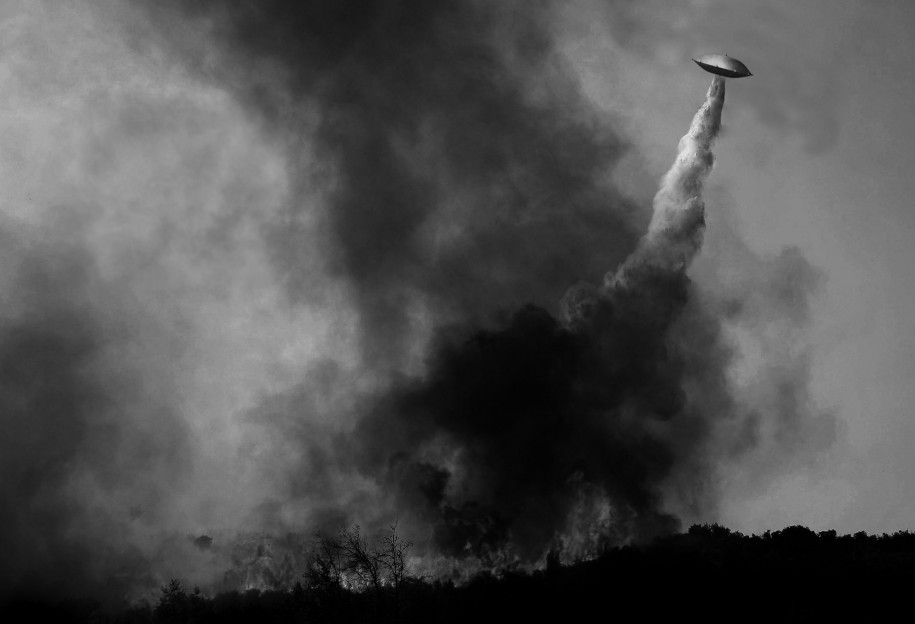 AA     How important is technique in your work?

AM     It was important for me to learn photography in a very academic way. I had good formal training at school. Then it becomes like driving or cooking—you just forget to think of it. Some gestures become automatic, some choices more obvious; the possibilities are greater when you don᾽t feel locked in by lack of technique. I now pick up the technique that will best express my intentions. It might be the poorest technique of shooting, printing, framing, or it might be the most elaborate. For instance, some of my projects are shot in 4×5 large format and custom framed (Oahu, 2009). Other works are shot with a first generation camera-phone and simply enlarged using an inkjet printer on paper (Einfühlung, 2004–2009). Then sometimes I need a specific savoir faire and collaborate with the people that will bring their knowledge to the project. Oahu (2009), for instance, is a heliogravure etched at the historical Atelier de Saint-Prex under the direction of painter-etcher Pietro Sarto.

EL     Technique is not important to me as such; it is only a tool to reach a certain quality within the work. Technique really only helps to make sure an idea is executed the way it is imagined.

AM     A photograph is an image in terms of its content, whether figurative or abstract. Then it can stay an image (a 2D representation) or gain an object status through its display. Practically, a screen image or a light box or a thickly framed image won᾽t have the same status though the content might remain the same. Size matters with images, as support type, framing or mounting. With photography, you navigate between two and three dimensions, flattening everything and re-inflating flatness.

EL     A photograph is probably as much of an object as it is an image.

AM     I believe in the constructive and destructive power of images. Both are huge powers.

EL     I don᾽t believe in images. I like them, am interested in them and inspired by them, but never believe them, except with a few exceptions.

AA     Do you consider appropriation to be at the heart of your artistic practice?

AM     Appropriation is something I integrated with a few restraints. It is a part of my work, but not so much the heart of it. In my work, “the ends justify the means.” That means if I need a photograph badly, I will try to shoot it myself. If I can᾽t, I will try to find usable footage or make it all in my studio. It is kind of an image quest and all paths are open.

Then maybe the particularity of my practice would be that I mix appropriated images with studiomade images with real world images. And I don᾽t specify my sources. This is part of the game I play, mixing up synthetic and analytic processes.

EL     Appropriation is not at the heart of my practice, but it served an extremely important role in how I came to think about images. It is important for me to look beyond the act of appropriation. It is only a tool.

AA     How do you confront the display of your works?

AM     For me, the display is a big part of my work. Since every work or series is conceived with its own rules, display work is either solved at the very beginning, the conception of the project, or comes very last when hanging. I consider the widest range of possibilities for display, since you can produce many gestures that can affect the final result. Confronting images is kind of tricky, actually. Putting images side by side links their meaning and can alter their isolated sense. It produces more narrative as well. So some single images can easily lose strength when confronted to others, but they generate new sense through their communication with others, so it᾽s like creative destruction.

EL     My work tends to take a very small scale for a number of reasons. The most pressing of these has to do with an idea of trade. In most instances, I have also attempted to avoid seriality and its tendency to be used as a photographic strategy. The depth of my research tends to get reduced in the amount of work actually produced. Lastly, the frames around my photographs suggest readymades, many times matching the dominant color in a given picture, while allowing me to gesture toward the problems that are “built into” an image. 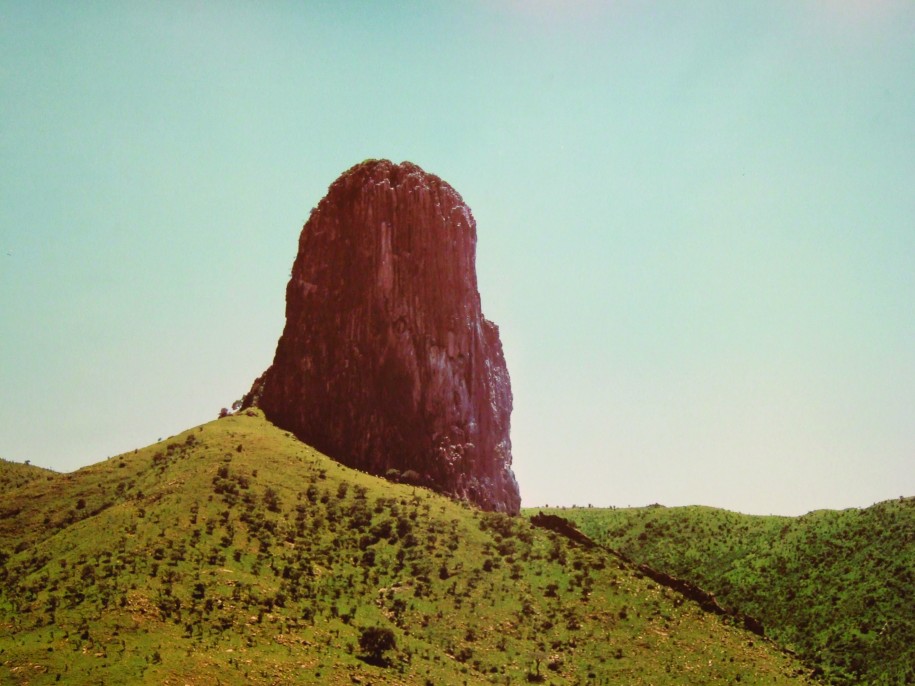 AA     Do you work or have you worked with other artists? How important are relations and exchanges in your work?

AM     Yes, I have worked on various collective projects with other artists. Basically, my own practice is very lonely: I travel often alone, I have a studio by myself in Geneva. But some of my time is very collective, working as co-curator of a project space since 2006 in Lausanne with artist Benjamin Valenza, designer Stéphane Barbier Bouvet and art historian and sociologist Jeanne Graff. This project, called 1m3, leads us to communicate on a daily basis about all the ongoing projects and more. But still, 1m3 is not a collective. We all have individual practices but work together as amateur curators (as Josef Hannibal, our fictive avatar curator). We meet a lot of different people in order to produce the projects, often crossing fields. This creates a balance between my lonely studio/travel work and social collaborative work.

EL     Unfortunately, my practice is very lonely. I have a hard time collaborating. I value the conversations and dialogue with other artists, and perhaps that is a form of collaboration, in and of itself.

AA     Who has influenced you?

AM     My main influence comes from my childhood and adolescent interests, which gradually come back to me. I have a big appetite and my tastes are wide. They range from cinema to comic books to various places to which I᾽ve traveled. From arts to science. Pop culture to the avant-garde to everyday life.

EL     Growing up in the 1980s, postmodernism had the strongest effect on my thinking and on how I came to terms with history. Writers have been very influential to my practice. 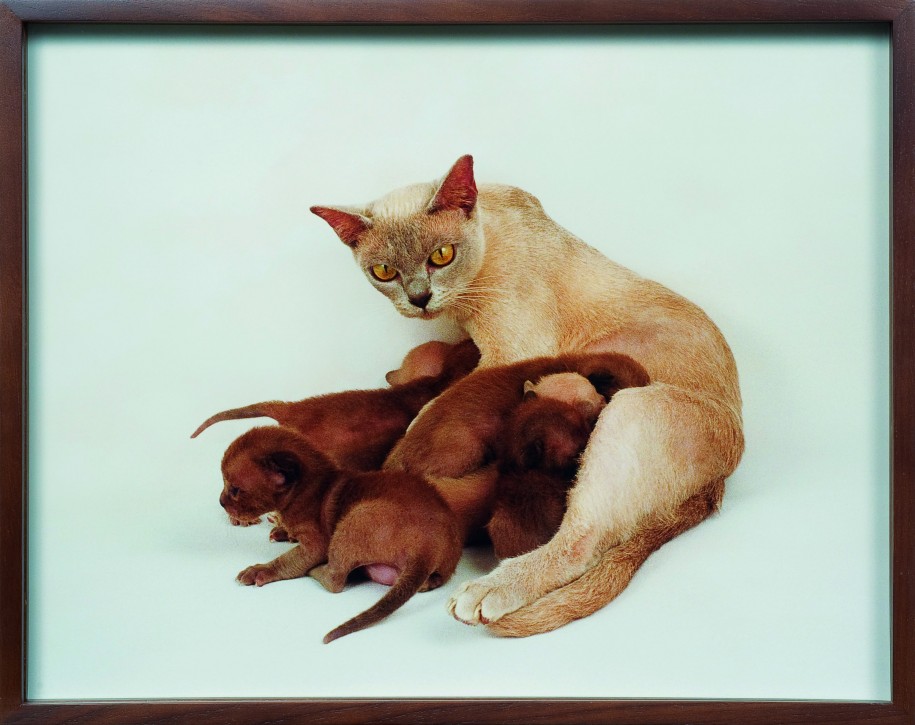 AA     Are you more interested in method or improvisation?

AM     I often think it is a matter of balance. As my work is quite programmatic, I suppose I am more into method. But unexpected things happen, and when you navigate through your pre-established system for a project, you can improvise in this frame. There must be free spaces for chance to pop up, just in case.

EL     While some decisions are improvised and come about last minute, I mostly tend to work by method.

AA     Would you go for an archive or a collection?

AM     I would go for both. A good part of my work involves researching and archiving. My archives are quite large and include both found footage and images I shot myself. I classify, filter and confront this material in my personal archive, and sometimes I transform it and show it as a piece (its status changes at this point). It becomes at least part of my collection. Both grow in parallel. Generally, I am both interested in collections (any kind, provided they are focused and specialized) and archives. Some great artists made crucial attempts at archiving that became archival masterpieces. I am thinking of Gerhard Richter᾽s Atlas, Peter Fischli and David Weiss᾽s Visible World or Jonas Mekas Anthology Film Archives.

AA     Is there a narrative in your photographs?

AM     In some of my works, there is a narrative fragment. The beginning of some possible stories. Or the opposite: the empty theater of a buried story. But it is non-linear narration. I work on the non-linear narrative possibilities of comic book form. It is, I believe, the most advanced non-linear narrative form you can get. As opposed to a storyboard (which uses the same frame size and a linear sequence), a comic strip can be any proportion and even not a rectangle! I am trying to explore this field, adapting it for walls instead of pages, for photographs instead of drawings . . . It᾽s harder than I thought . . .

EL     There is a hidden narrative that is being destroyed and tortured, but there is no narrative in the traditional photographic sense. Perhaps there are ghosts of narratives.

AA     How would you describe your work?

AM     My work is image-centered. It evolves as a permanent investigation through representation of the border between fiction and reality. I investigate the very classical field of landscape representation as compared to how humans shape landscape: through architecture. In between, you have archeology and geology. These are my interests in terms of content; I then apply these interests to a sort of image historiography. I build links and set up formal experiments. I focus in particular on collective memory (media history, societal values, etc.) and its influence on personal feelings or recognition processes (déjà vu).

EL     My work is an ongoing image-based investigation of culture and ideas.

AA     How does photography become conceptual? Would you define yourself as a conceptual artist?

AM     I still think of form and content, so I guess I am not a conceptualist. Sometimes ideas lead to form, and sometimes form leads to . . . other forms.

EL     I think photography is conceptual when it is used as a means to an end.