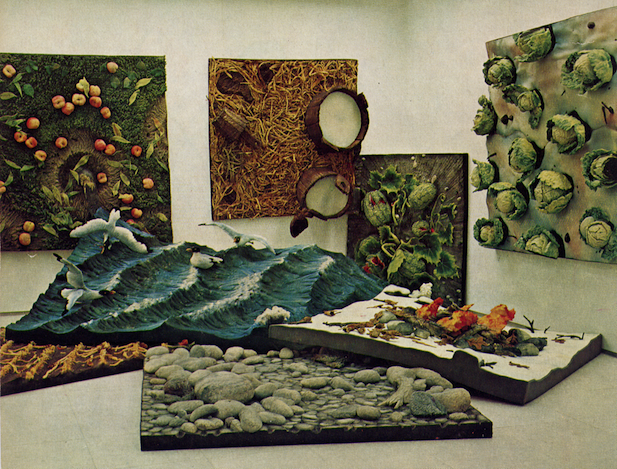 JRP|Ringier is releasing a new retrospective monograph on Turin-based Arte Povera artist Piero Gilardi (b.1942). Gilardi’s works from the late 1960s and early 1970s generated much interest, especially his large, hyper-realistic sculptures of polyurethane foam, “Nature Carpets,” designed to generate a new kind of awareness and experience of nature for the viewer. Despite some critical acclaim, the artist decided stop making art in 1972. He went on to spend the next ten years travelling extensively (staying for significant periods in both Nicaragua and Kenya, as well as on native Mohawk reserves in upstate New York) and publishing his accounts in a number of magazines, including Flash Art. During this time, he also began to organize events drawing awareness to particular political and ecological issues of the time, events that encompassed street theatre, factory protests as well as other campaigns and social initiatives. Ten years after his departure from art-making, Gilardi returned, expanding on the “Carpets” series and making other forms of sculpture, interactive installation and landscape design. In these, he again intended to draw attention to pressing ecological and environmental issues. The publication will focus on these shifts and will coincide with a major retrospective survey of his works in the Van Abbemuseum in Eindhoven, Nottingham Contemporary and Castello di Rivoli in Turin. (Isobel Harbison)