It’s hard to let go of one’s heroes. For a geeky teenager growing up in the 90s, contemporary society had little to offer in terms of role models. That is, with one exception: Woody Allen. For the wedgied and oppressed, the universe seemed a little fairer that a skinny kid with glasses and pipe-cleaner limbs could grow up to be attractive to a Diane Keaton and win the odd Oscar. Woody Allen allowed you to believe that the meek might inherit the earth after all. And so, like with anyone you look up to, it is a painful experience to watch one’s spiritual father slowly, artistically deteriorate to the point where you start guiltily wishing that he would just keel over and die.

This is what this reviewer unfortunately felt after watching Midnight in Paris, an ultimately silly 100 minutes of film with situations, themes, and dialogue that have been dealt with in a more interesting way by other people, namely by Woody Allen. The film tells the story of Gil (Owen Wilson), a frustrated novelist with a screenwriting day-job who re-discovers Paris while on vacation with his materialistic fiancée and Republican in-laws. On one of his solitary evening strolls through the city, Gil discovers a wormhole in the form of an old Citroen that picks him up at the stroke of midnight, allowing him access to 1920s Paris. As of this point, Wilson spends the better part of the film in “whoa!”-mode meeting figures that still haunt tourist guides and are a nagging reminder to Parisians that their beloved city hasn’t offered anything interesting to the world since Surrealism (horny politicians aside). The majority of the ensuing dialogue goes something like this:

The film is essentially a Parisian Bill & Ted’s Excellent Adventure, only without the heavy metal or subtlety. Within Woody’s own body of work, the film is likely to draw comparisons with The Purple Rose of Cairo, but the major difference is that the latter’s radical suspension of disbelief is justified by the tragic, emotional roller coaster awaiting the spectator. In the case of Midnight, however, instead of Space Mountain we get The Hall of Presidents where historical wax figures robotically spout Wikipediaknowledge of themselves, never once breathing or existing outside flat caricature.

If anything, the film is closest to Manhattan, occasionally rehashing entire scenes or characters. The opening (and extremely long) montage of postcard images of the city is a pale imitation of the earlier film’s prologue. So are the museum scenes where a faux-intellectual speaks pretentiously of artwork on display. So is the main character, who is tired of writing screenplays and now wants to write novels. In fact, with the exception of time-travel, the film is in many ways a lesser version of Allen’s earlier hymn to his hometown.

For an ex-Woody enthusiast, this constant comparing is inevitable. Allen has always been notorious for his capacity to borrow from other filmmakers (e.g., 8½ for Stardust Memories, Wild Strawberries for Another Woman), but of late he has become an expert in plagiarizing himself. And yet, perhaps it is unrealistic to expect a great filmmaker to be in constant renewal. Perhaps Woody is like an American Ozu, someone who makes the same film over and over again, changing only character names and the odd situation as the years go on. Renoir once said, “A director only makes one movie in his life. Then he breaks into pieces and makes it again.” Why should Allen be any different? 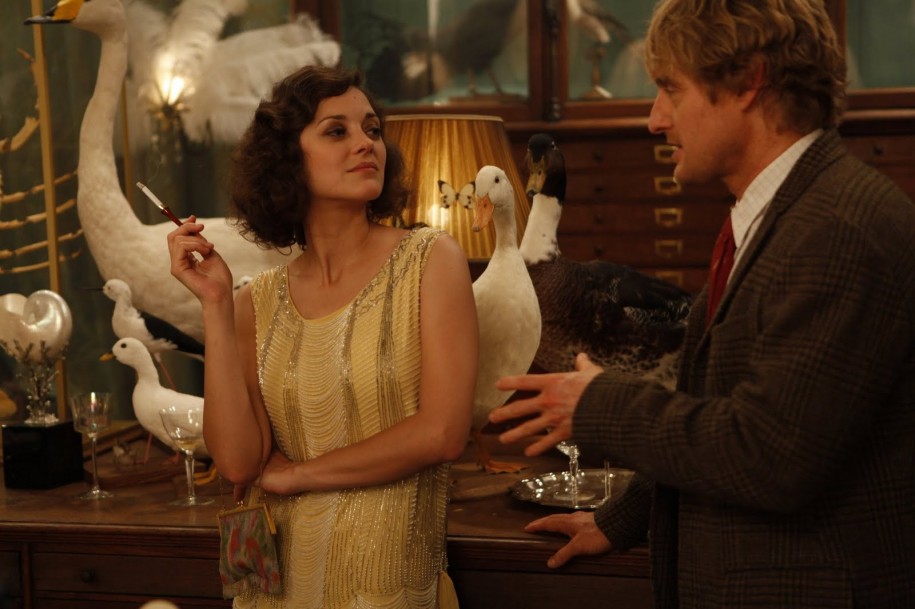 But there is this unshakeable feeling that these later films could all be better. Allen remains a talented director Cassandra’s Dream has a morbid weight to it unseen since Crimes and Misdemeanors,and aside from some of the impossible dialogue and casting in You Will Meet a Tall Dark Stranger, there are a few very powerful moments) but you sometimes wish he would take a little more time… Popping out a film per year from script to edit can only lead to mediocrity. And, if he’d been a little more patient, maybe he might’ve realized that much of Midnight was a bit pointless, that there were too many characters for us to care and that the end was in total contradiction with the film’s main themes.

And yet, it would be silly to be too regretful. If there is anything positive about constantly comparing these lesser imitations with the originals, it is precisely realizing how original those earlier films really are. No romantic comedy has ever come even close to the beauty and comic tone of Annie Hall or Manhattan, Crimes and Misdemeanors remains one of the great American films of the late 1980s, and Zelig, along with Broadway Danny Rose,have yet to find their equivalent. This is of course what is most stinging when sitting through these “new” films: the constant reminder that Woody Allen is (was?) capable of much more.