By simply putting it on a wall, Bill Jenkins can make even an air filter look pretty. With its even grey tone, the captured “smog” in Long Ending (2011), as its media was specified in the checklist for his 2012 solo exhibition of the same name, looked an awful lot like a monochrome. With a little bit of rope and fence, the exposed wire bed frame of “Bed With Rope and Fence” (2012) became a stringy modernist grid that even Rosalind Krauss would be proud of. Proving that anything can hold the shape of a painting, even a hole in the wall, “Untitled”(2012) was simply a rectangle cut into sheet rock, with a little metal and rope comprising its twisting insides. Like his forebears Richard Tuttle and Gedi Sibony, who excel at making the littlest things unflinchingly formal, Jenkins’ economical aesthetic is just as much about consumer culture as formal reinvention; putting out trash on display, they almost function like cultural portraits. It was interesting, then, to see what he came up with at The Suburban, a decidedly laid-back, non-profit art space in the Chicago area known just as much for its BBQs as for its unique artist-driven projects, in which the two directors, Michelle Grabner and Brad Killam, invite artists like Tracy Emin and Elmgreen + Dragset to take over their suburban property for seven to eight weeks. What Jenkins did is two wall pieces that question once again the visibility of domestic things: a brown-painted MDF unit specifically covering the window at the gallery, and a small metal table leg wrapped by delicate glass cylinders. (David Everitt Howe)

Who would’ve thought that one of the most uncompromising art spaces in the city would be located in the upper east side, and funded almost exclusively by a a 51-year old billionaire art collector and serious art journalist for The New York Observer? Nonetheless, Adam Lindemann’s pet project Venus over Manhattan, located in a tony Madison Avenue address across from the Carlyle Hotel, is eliciting much more buzz, and potential scandal, than more established neighbors, which include Gagosian Gallery’s uptown post. Andra Ursuta’s recent exhibition “Solitary Fitness” took stoning and capital punishment as its prickly subject matter; sequestered by chain link fencing, a baseball-pitching machine hurled stones at two tiled walls forty-feet away, which were inlaid with unkempt chunks of human hair. This was followed by a racially problematic exhibition of William Copley’s work by provocateur and chief-scandalist Bjarne Melgaard, whose Big Fat Black Cock Inc. interspersed Copley’s naïve-style paintings of everyday objects and explicit sex scenes with repainted versions, which cast Copley’s all-white subjects as exclusively African American. This switch made Copley’s racial biases very legible while also foregrounding Melgaard’s, who relegates certain races to the status of fetishized sex object. Problematic? Yes. Easy viewing? No. But who said easy was interesting? Lindemann’s uptown aspirations indicate he has no appetite for that. (David Everitt Howe)

Venus Over Manhattan currently hosts “Walter Dahn | 4th Time Around / (My Back Pages),” a survey of works by Walter Dahn, curated by Richard Prince. Through October 26. Considering its association with imposing marble buildings and iconic lion statues, the New York Public Library might not seem the most likely candidate for multimedia programming. Yet in the spirit of pushing the library from the 19th century far into the 21st, in 2008 Paul Holdengräber enacted a program of interviews, also available as free podcasts, with some of the leading literary, philosophical and artistic giants of our time, including Jonathan Franzen, Don DeLillo, Rick Rubin, Umberto Eco, Slavoj Zizek and Ed Ruscha, as well as unlikely interdisciplinary pairings such as Jay-Z and Princeton professor Cornel West. A self-proclaimed “curator of the public curiosity,” Holdengräber’s eclectic background has been put to good use. After traveling throughout Europe as a teenager, he landed in Paris where he studied under legendary poststructuralist thinkers like Roland Barthes and Michel Foucault before completing a Phd in comparative literature at Princeton. From there he ended up at the Los Angeles County Museum of Art, where he founded the Institute for Art and Cultures. Asked to join the New York Public Library by former President Paul LeClerc, who tasked Holdengräber to “oxygenate the library,” he seems to be doing just that. Disseminating innovative cross-cultural programming through iTunes, Twitter, Facebook, Tumblr and Flickr, Holdengräber proves that a library is much more than just buildings and books. (David Everitt Howe)

STOP BY
The Power Station, Dallas

What is it about power plants? It seems like every city wants to show artwork in one: London, Toronto, and now (of all places) Dallas, Texas. Programming the international cream of the crop, The Power Station, housed in the 1920 Dallas Power and Light building, is putting Dallas on the cultural map, with major New York and global art stars mounting multi-level shows in the building’s raw industrial spaces. Oscar Tuazon recently installed an imposing structure made from concrete and Oregon Douglas Fir, curved steel and sheetrock. Norwegian artist Matias Faldbakken layered the building’s first floor with bullet casings and the second floor with storage boxes, while Virginia Overton parked a Chevy in one gallery, strew the second floor with work supplies and set up an HD television for a recorded NFL playoffs game (Saints/49ers and Broncos/Patriots). Founded by collector Alden Pinnell, The Power Station is not a place to show off his collection. Rather, it’s an endeavor to support ambitious non-commercial shows, filling a major gap in the Dallas scene. After all, while Pinnell may be doing many international artists a favor by enabling them to work site-specifically, off the radar, in a breathtaking space, he’s really bringing in the big guns for the benefit of the locals. Open for little more than a year, The Power Station is doing quite a lot for this gracious Southern city. (David Everitt Howe)

Stephen G. Rhodes may be best known for his 2009 video installation There is No Bear Bear Ladder, featuring the artist in his studio against homemade green screens, dressed as a bear and senselessly knocking about a large ladder. Rhodes’s infantile actions are interrupted by scenes from the embarrassingly racist (banned in the U.S.) Disney film Song of the South (1946) and accompanied by a soundtrack and video stills from Stanley Kubrick’s The Shining (1980), including the brief blow job encounter between a man in a bear suit and a butler. Through jarring juxtapositions and pointed references, Rhodes links America’s pop-cultural history to issues of race, sex, and media representation. The same is true of his upcoming exhibition at the Migros Museum in Zurich, which will revolve around scholar Aby Warburg’s lecture “The
Snake Ritual,” given at Bellevue psychiatric hospital in Kreuzlingen, Switzerland, in 1923. In this landmark event in the field of cultural studies, Warburg framed a Native American Hopi ritual in relation to art history and the anthropological study of religion. Rhodes will undoubtedly find in that source material new and inventive ways to transgress those disciplines and relate them to contemporary American culture and its dusty past. (David Everitt Howe)

Stephen G. Rhodes’ exhibition «The Law of the Unknown Neighbor: Inferno Romanticized» at the Migros Museum, Zurich, will open on 9 February and run until 21 April. 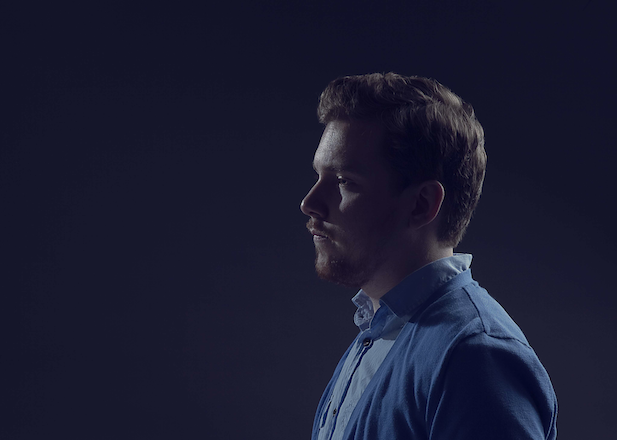 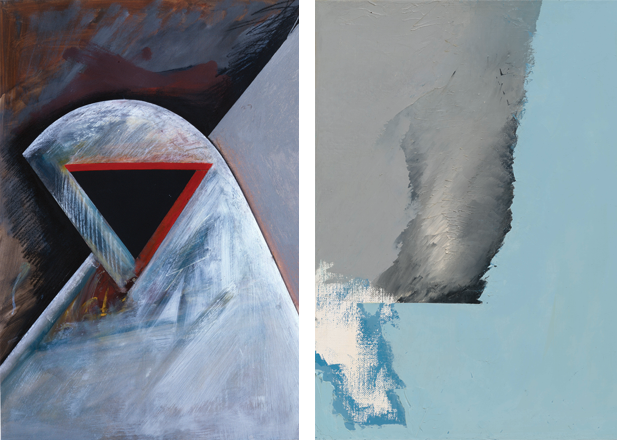 After her inclusion in the landmark 1959 MoMA group exhibition “Sixteen Americans,” Bay Area artist Jay DeFeo seemed to have dropped off the map; she had nary an institutional showing aside from a small posthumous exhibition at the Whitney Museum in 2004. This is all changing, however, with SFMOMA’s sweeping and authoritative survey of her work curated by Dana Miller of the Whitney Museum, which will also return there in February. With close to 130 works, this retrospective will undoubtedly give DeFeo her due as one of the most important West Coast abstract expressionists of her generation. Her oeuvre is by no means exclusive to painting, however. Collages, jewelry sculptures and other works give testament to her particularly bodily and visceral practice, which is perhaps best exemplified — and in some ways revolves around — her most iconic and monumental oil painting The Rose, which she built up, scratched away, and layered exhaustively from 1958—1966. Almost eleven feet high, one foot thick and weighing nearly a ton, it required a crew of movers to cut out her studio windows and lift it with a crane to move the painting. Scaled to DeFeo’s body and featuring a central sculptural starburst motif, The Rose is jaw-dropping to behold yet intensely transcendental. It justifiably made her famous, and considering its heavyweight focus of her retrospective, it will undoubtedly bring her renown all over again. (David Everitt Howe) Radical in form and content, the exhibition “Losing the human form. A seismic image of the 1980s in Latin America” is essentially a research project-cum-exhibition organized by the research collective Red Conceptualismos del Sur. With a wide-ranging and inter-disciplinary quantity of material and evidence, “Losing the human form” looks at the fraught revolutionary politics of 1980s Latin America: the various dictators, uprisings, protests, and government instabilities that both repressed and emboldened the populations of Brazil, Peru, Mexico, Colombia and Chile. From Pinochet’s 1973 coup d ’état in Chile up through the 1994 Zapatista protests, a compelling portrait of the era is offered through video, performance, experimental theatre, participatory architecture and other forms of response. Content is divided into three main areas: “visual politics,” which addresses social movements such as Mujeres por la Vida (Women for Life) in Chile and Mothers of the Plaza de Mayo in Argentina; “acts of sexual disobedience,” such as transvestitism and other forms of gender variance; and lastly the “underground scene,” which focuses mainly on music, parties, and other social underground communities that united people despite fierce opposi- tion from dictatorial governments and terrorism. Taken together, the research evidence presents a vivid portrait of social movements and collective at their historic best. (David Everitt Howe)