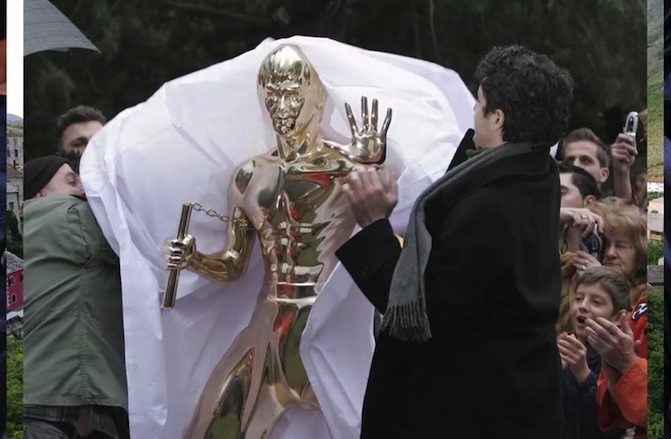 At her first solo show at Tanya Leighton, Aleksandra Domanović investigates technological advances and feminism in her native former Yugoslavia. Her research into the nation’s technological evolution shows that Yugoslavia was far more advanced than most Eastern European countries. In the gallery Domanović showcases a series of mechanical hands the artist fastidiously crafted from 3D models and then cast in various materials, including bronze. The portrayed hand is a duplication of the Belgrade Hand, a limb created in the ’60s by Yugoslav scientist Rajko Tomović as one of the earliest attempts to give artificial limbs a sense of touch. One of the hands in the gallery blooms out of a wall holding a baton, a reference to the Relay of Youth ceremony that used to take place in former communist Yogoslavia. The majority of the other hands, however, are placed vertically on top of Plexiglas plinths pointing upwards. On one pedestal, the artist has placed images from Donald Cammell’s Demon Seed (1977), a film whose premise details a young woman impregnated by Protheus, an artificial intelligence portrayed with a Belgrade Hand. Elsewhere in the gallery, Domanović presents a print of a lifelike Belgrade Hand adorned with fleshy mechanics, behaving like a representation of mankind’s slow evolution towards AI technological singularity. (James Shaeffer)